Also, I mighta exaggerated a lil there. I’m just the world’s pickiest eater.

But, because sometimes your incredibly attractive, farm boy husband comes home from work early with a fever and says, with puppy dog eyes, “I could reaaallly use some Cucumber Salad. Like we had when we were kids. Cuz I have a feeeever. And cucumbers are refreshing. And we have some in the garden…..”.

He lays it on thick doesn’t he?

What do ya do? You figure out the least time consuming way to make him some Cucumber Salad that won’t kill him. (Cooking goals: as few casualties as possible.)

So without further adieu…. 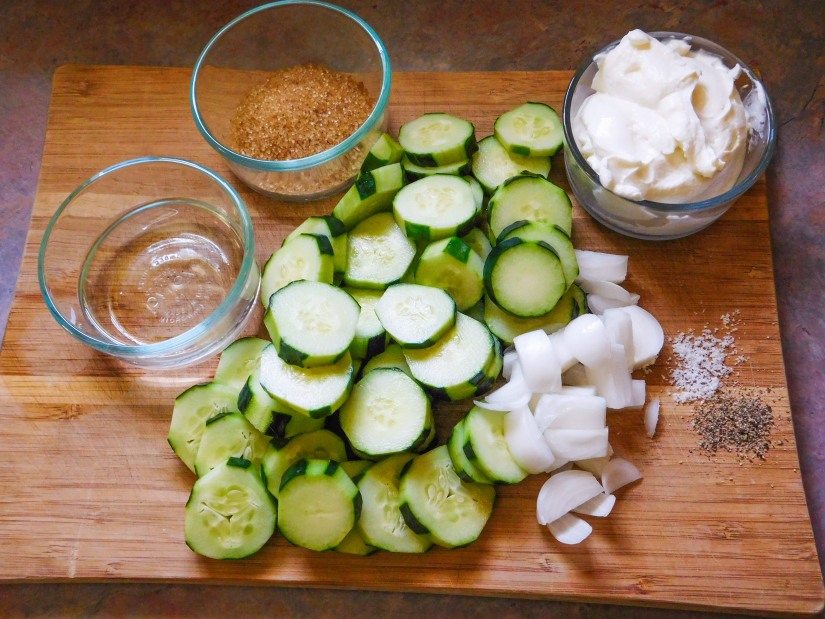 Salt & pepper (a LOT of pepper. Dutchmen really like pepper.)

Cut up cucumbers and onions in whatever fashion tickles your fancy.
In a bowl:

Then let your Dutchman taste it.

Pour over cucumbers and onions. 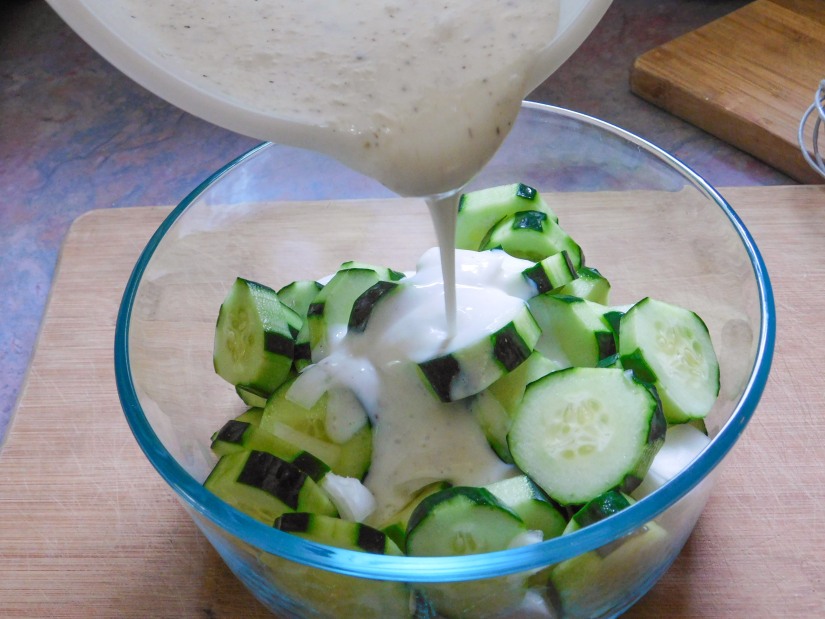 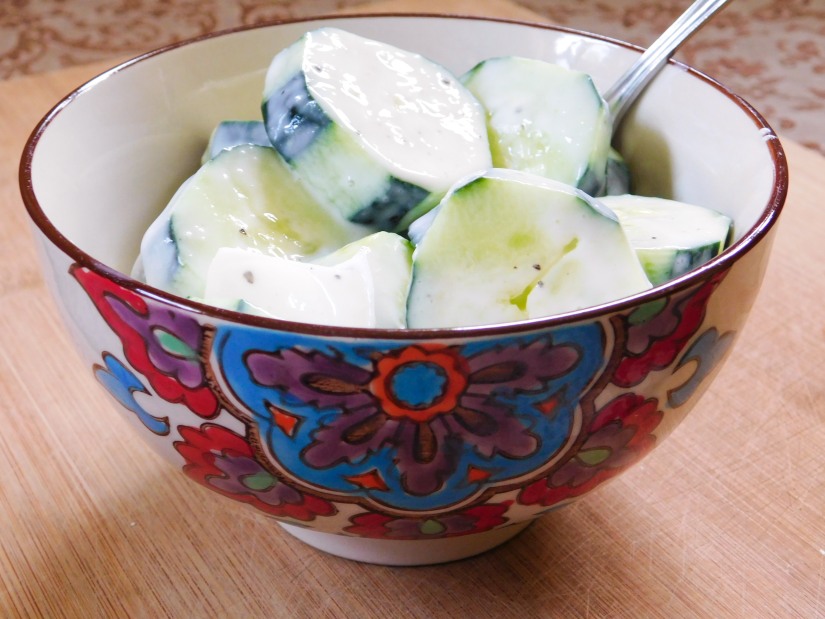 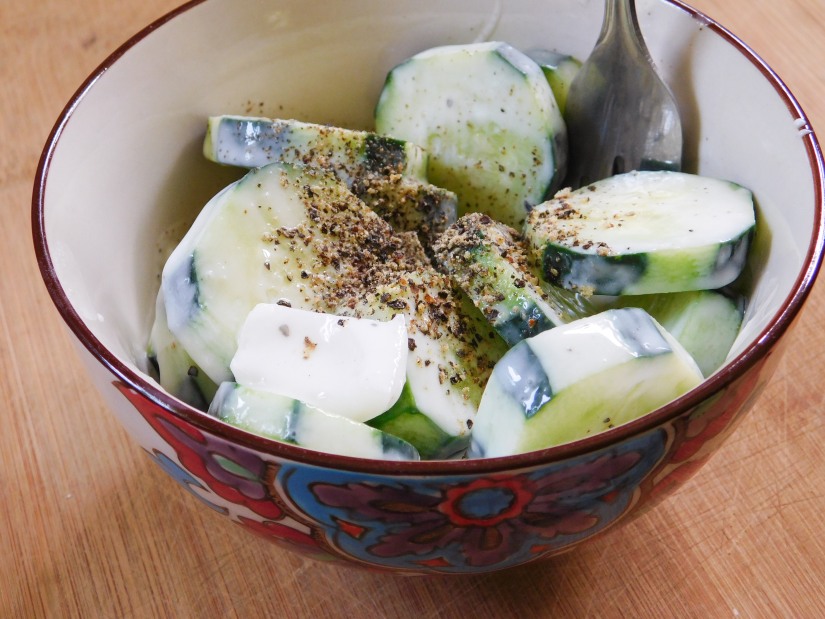 We have achieved proper pepper balance in our lives.

So there ya’ have it. Easy right?